Is this rate adaptive pacing?

Can ECGs cause headaches?

We have always been taught that both left bundle branch block and right ventricular pacing obscure the ECG diagnosis of acute myocardial ischaemia and infarction. Although correct in many instances, the ECG may provide valuable clues which should not be ignored.

This 12-lead resting ECG was during severe retrosternal chest pain in a heavy smoker with a VVI pacemaker. 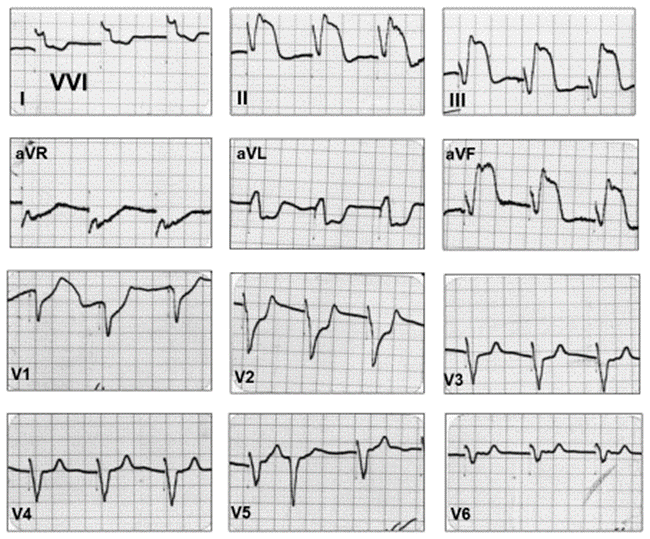 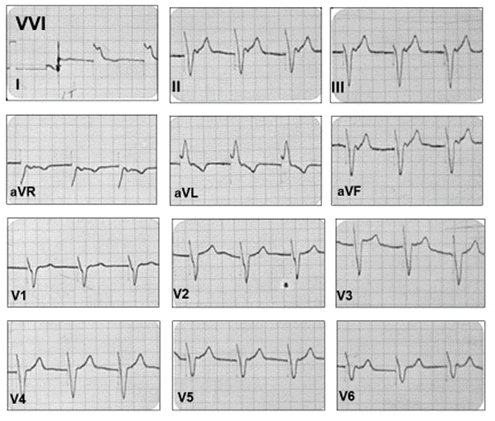 This patient with a dual chamber pacemaker also had severe chest pain: 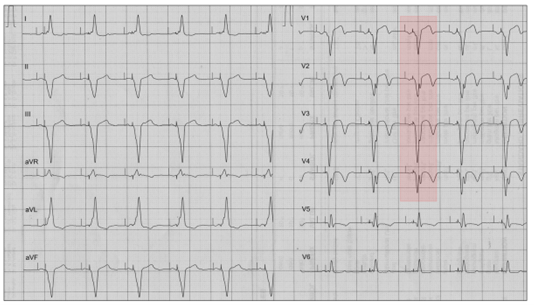 Despite ventricular pacing, the features of an acute septal infarct can be seen (red highlight). Ventricular fusion is very likely.

Even when the ventricular pacing ECG diagnosis of acute septal infarction is non-confirmatory, repeat ECGs can be very helpful. 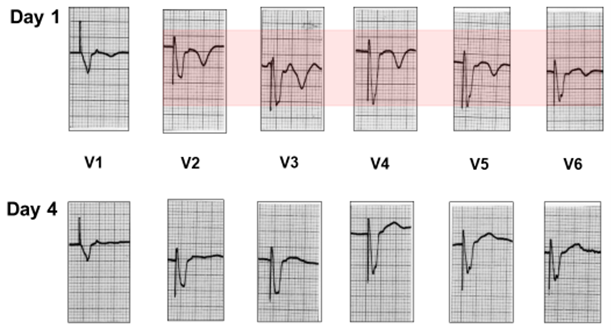 Where possible, slowing the pacing rate to allow the native rhythm to emerge may be helpful. 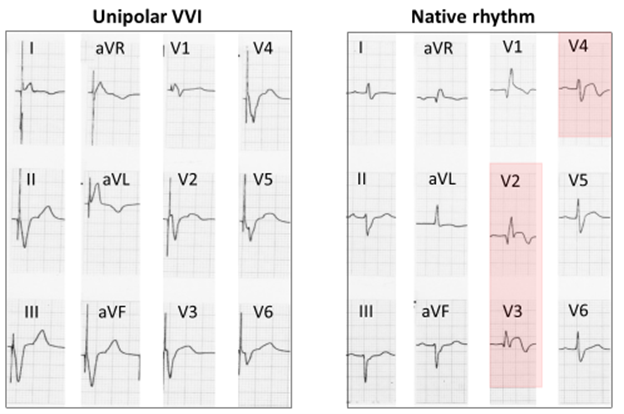 These changes in the native rhythm must be differentiated from pacemaker T wave memory, which is a non-pathological phenomenon usually seen as persistent T wave inversion in the infero-lateral leads after pacing inhibition and AV conduction restored. In the above ECG, other features of infarction, such as Q waves and ST elevation were present.

T wave inversion has also been reported after transient left bundle branch block, ventricular tachycardia or pre-excitation and is also referred to as cardiac or T wave memory and the changes may last weeks. Obviously, the T wave inversion can cause confusion with diagnosis of myocardial ischaemia, particularly if the precipitating cause of the T wave memory such as a transient run of ventricular tachycardia, remains undiagnosed.

Normal pacemaker function can be damaged by myocardial ischaemia or infarction. Both pacing and sensing, particularly in the ventricle can be seriously compromised, leading to exit block and asynchronous pacing. This in turn may result in “R on T” and lethal ventricular arrhythmias. 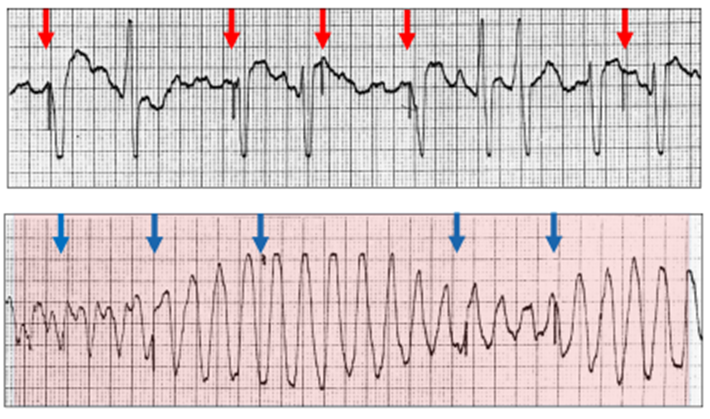 Is this rate adaptive pacing?

Can ECGs cause headaches?