I often see ECGs on topics I have previously covered and would love to share them with you. This diagnosis was a first for me:

I gave it a name and then checked the literature and it has been reported. 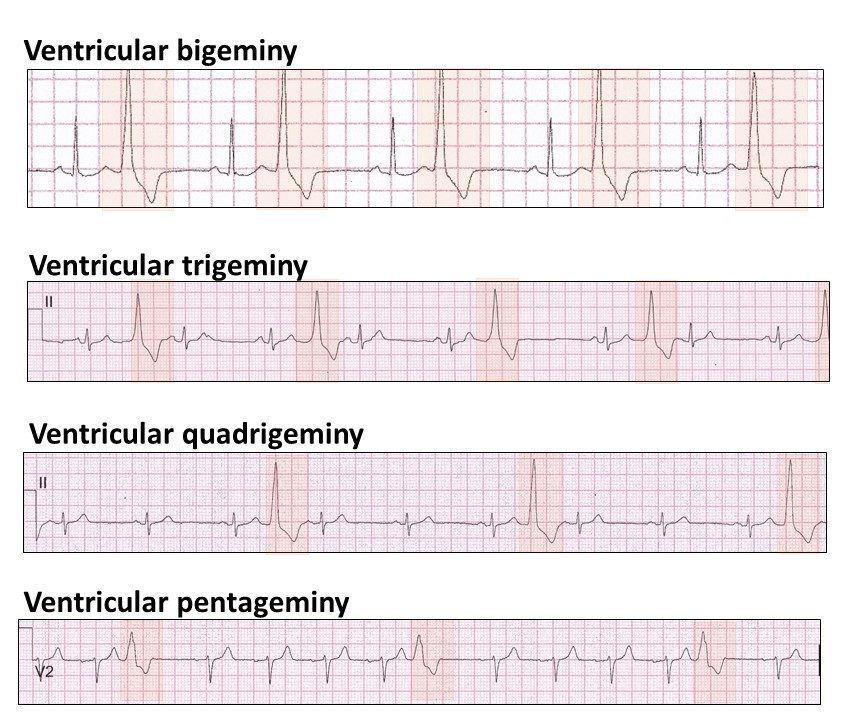 This is something I rarely see on Holter monitors but is well known to those who ablate atrial fibrillation triggers in the pulmonary veins. This is seen post-procedure. 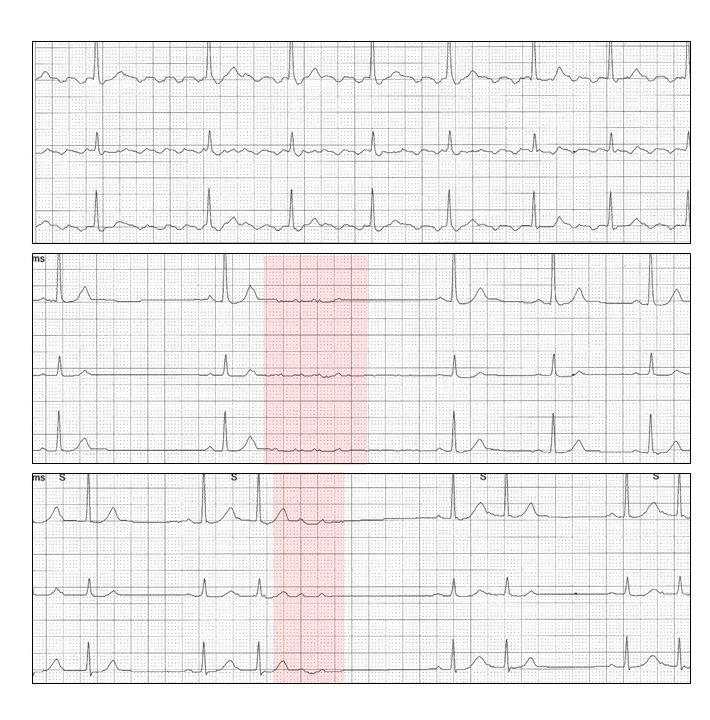 I have previously shown a similar appearance, where the atrial activity was not fragmented. 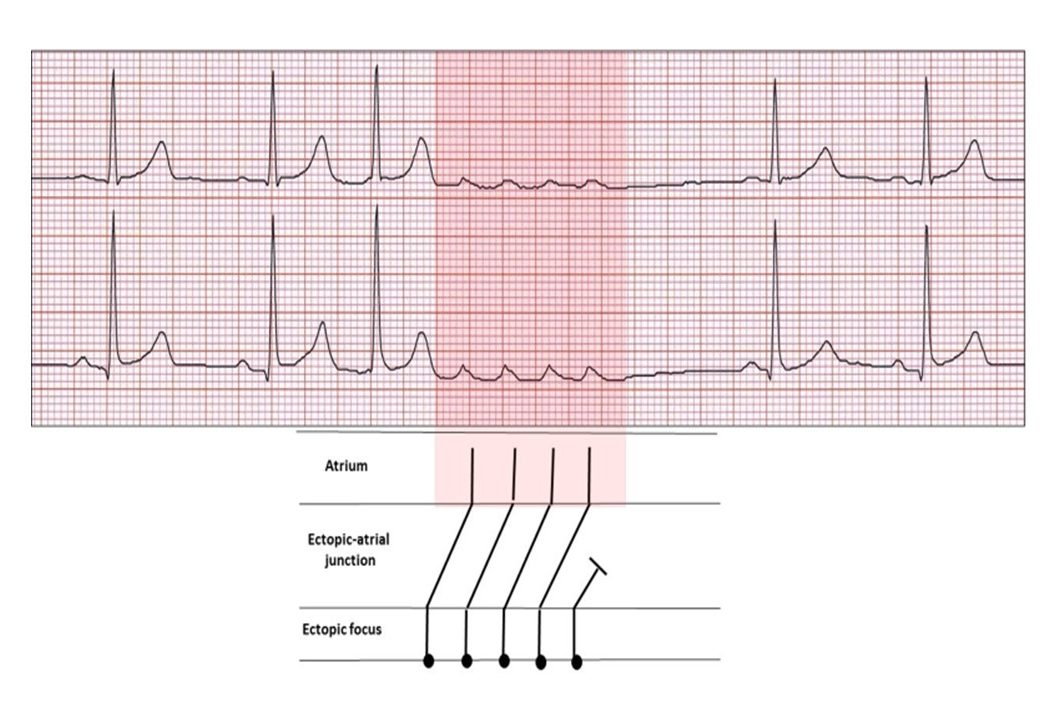 This is non-conducted focal atrial tachycardia with sinus reset and Wenckebach block at the ectopic myocardial junction.

Finally this one shows a ventricular couplet (red highlight) and what appears to be an atrial triplet (yellow highlight) in sequence. 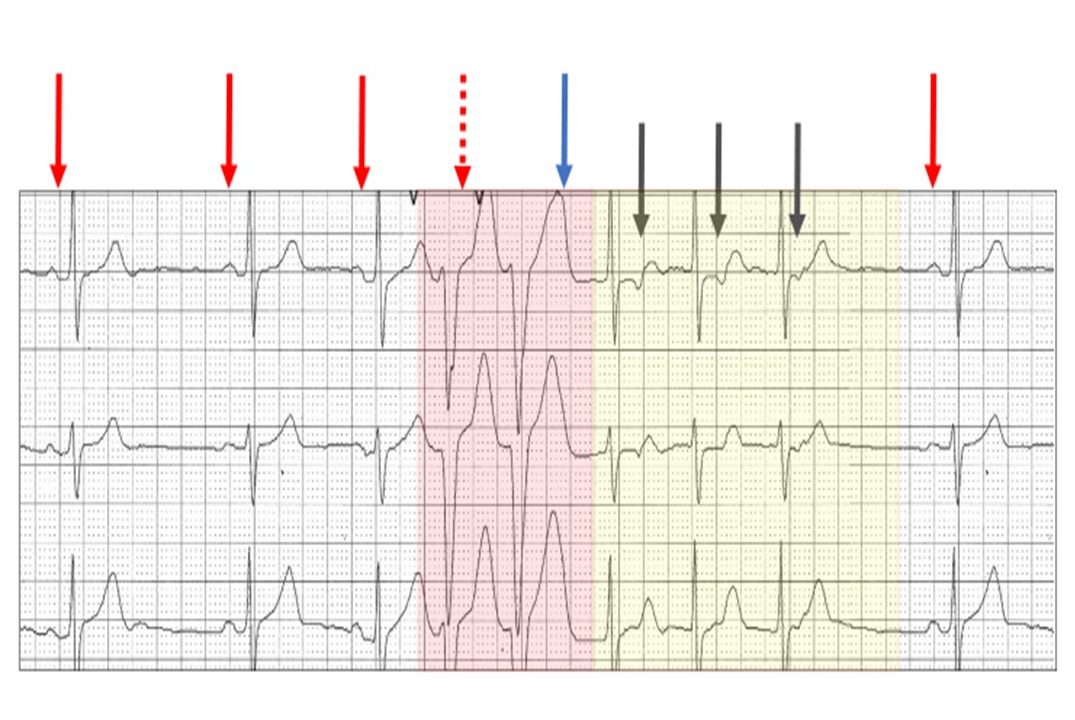 The sinus P waves are the red arrows with two being concealed (red stippled and blue). The blue one, however, probably conducts to the ventricle with a very long PR interval which then allows retrograde conduction to the atrium (black arrows) setting up a re-entry circuit. Therefore, not a triplet as one is sinus.

Remember, it’s all in the timing